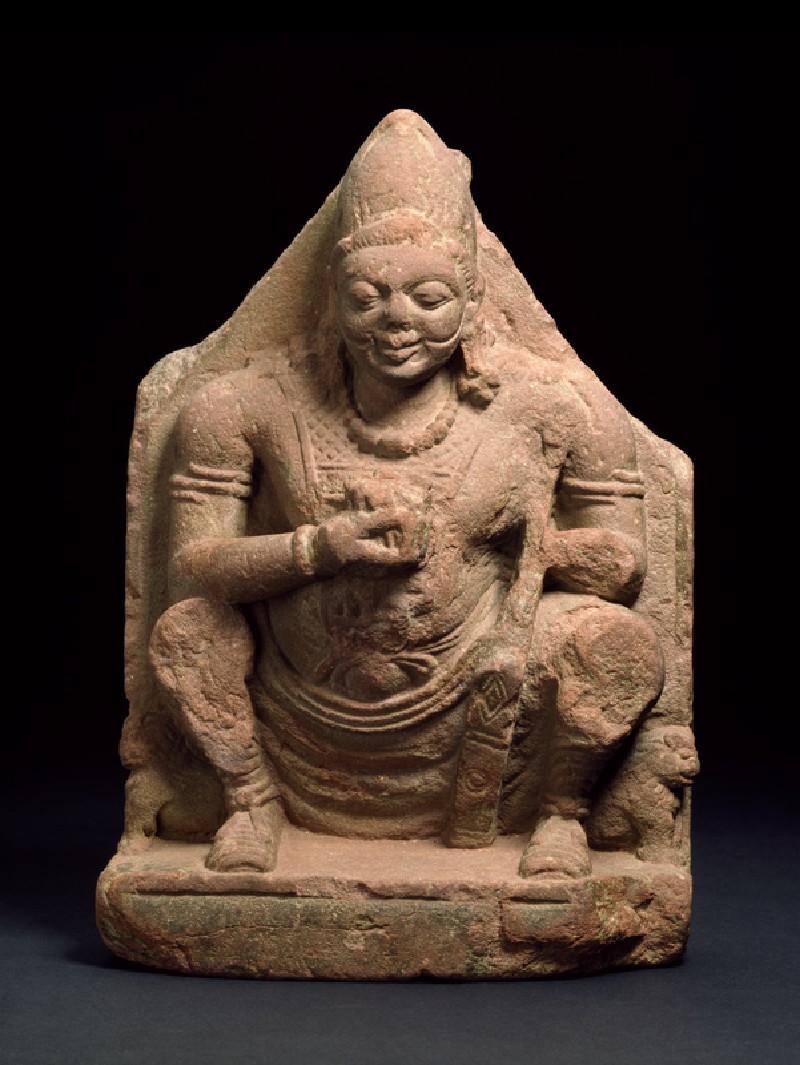 Surya is shown in the costume of a Kushan ruler, with boots, tunic and cap.