Tsuba with a scroll and the god Kwanu's spear 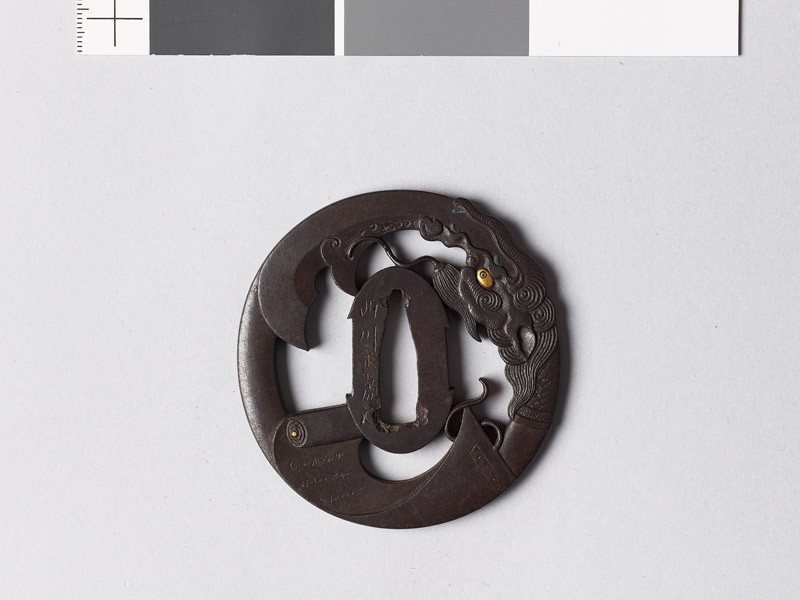