A lady awaiting her lover in a grove, illustrating the musical mode Kamodani Ragini 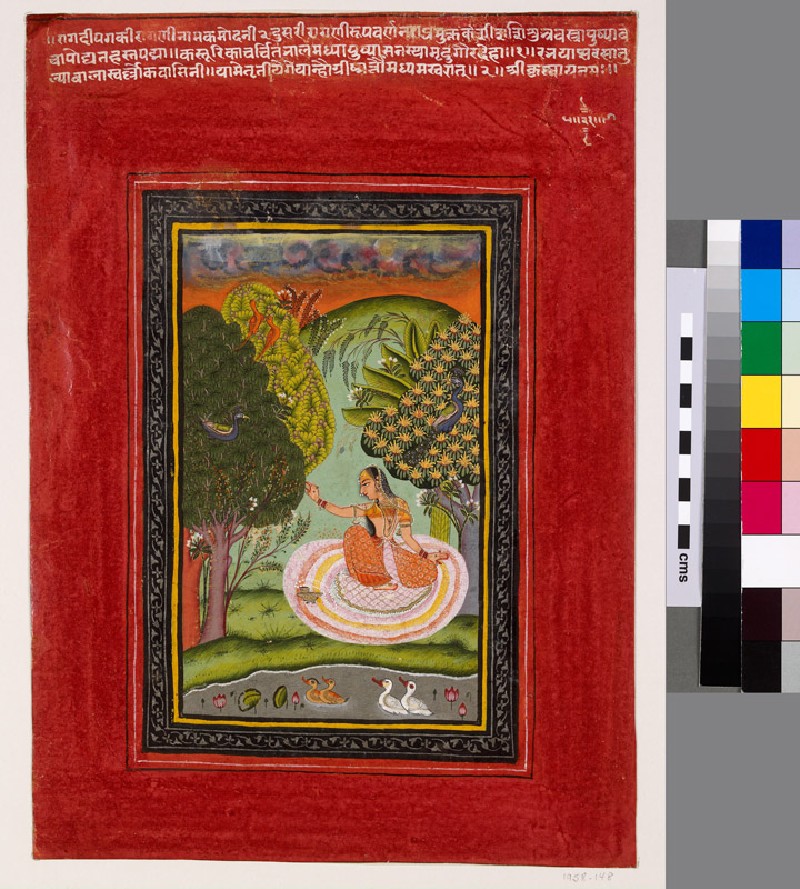