Sweetfish in a stream with pinks on the shore 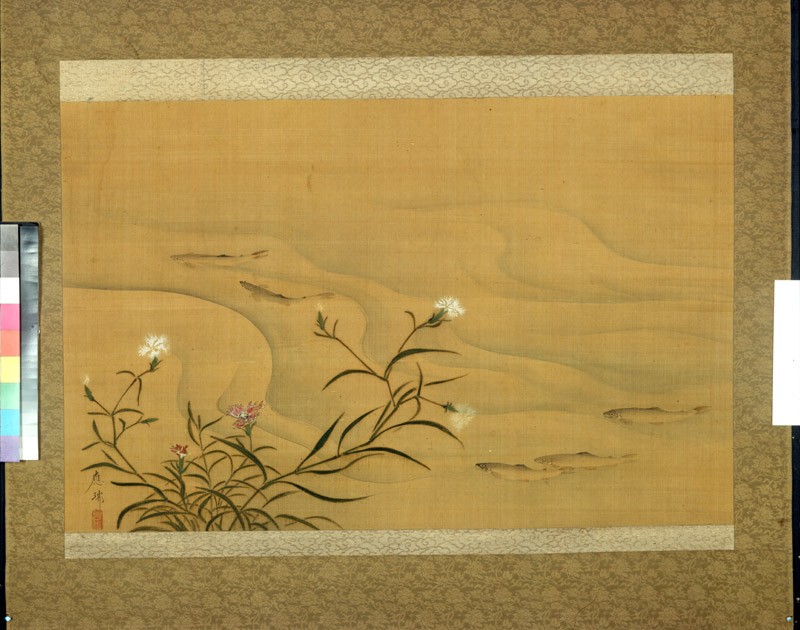