Round tsuba depicting Sōsan, a Paragon of Filial Virtue, and his mother 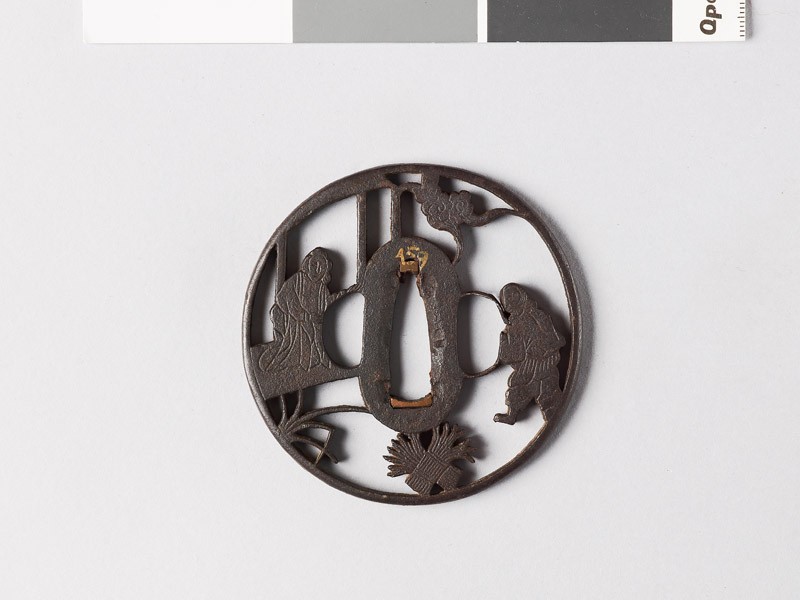