Six volumes of Record of Famous Sights of the Tōkaidō Road, and their box 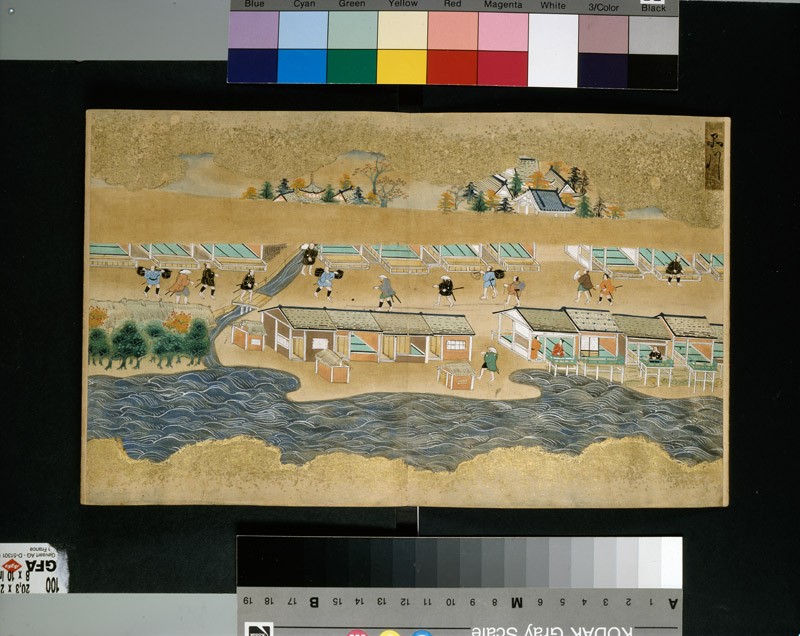 This set of albums is a travel guide depicting sights along the Tōkaidō Road – the main highway linking Japan’s capital Edo with Kyoto, where the Emperor lived. Each volume contains busy scenes of station towns along the route, followed by written descriptions. Shown here are Edo, with the shogun’s castle in the background (right) and the mountain town of Hakone (left).

The artist was an anonymous town painter working in the Tosa style. The gold cloud patterns framing the paintings are a traditional decorative device, focusing attention on the images between them. The central gold bands separate the foreground scenes of bustling activity from the more distant background. 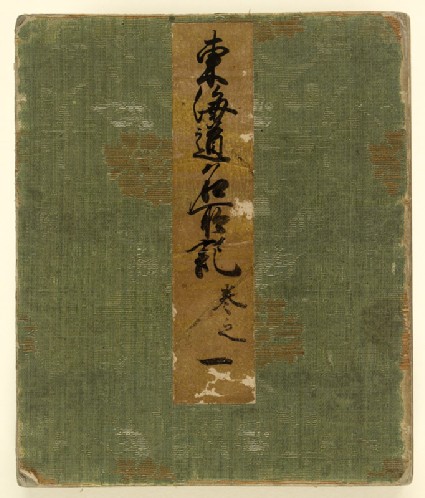 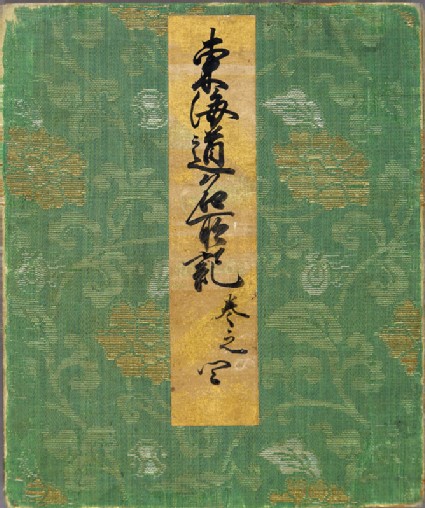