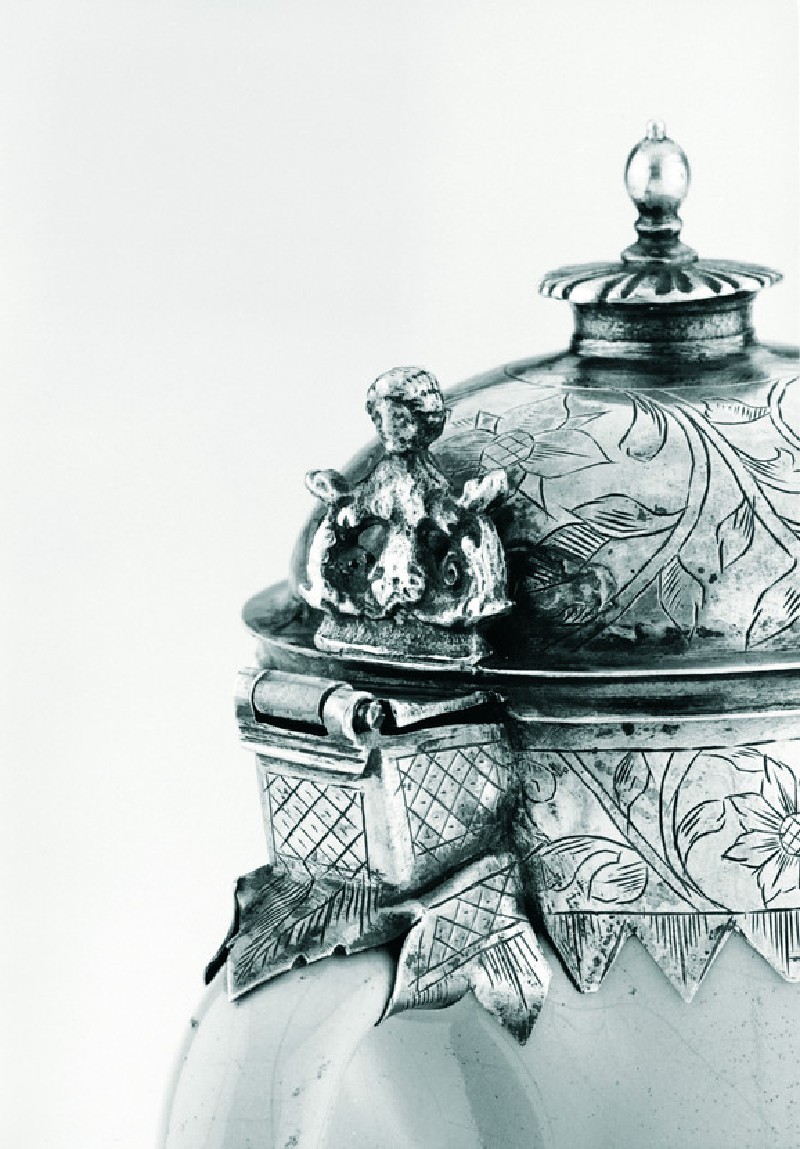 Jugs of similar form were made in Antwerp around 1550 at the workshop of Lucas Andries, who later came to England, where he died around 1573. It is possible that the London workshop, run by Jasper Andries and others from Antwerp, continued this type of production around 1580-1600. The mounts are possibly of later provincial manufacture.