Textile fragment with star and pseudo-inscription 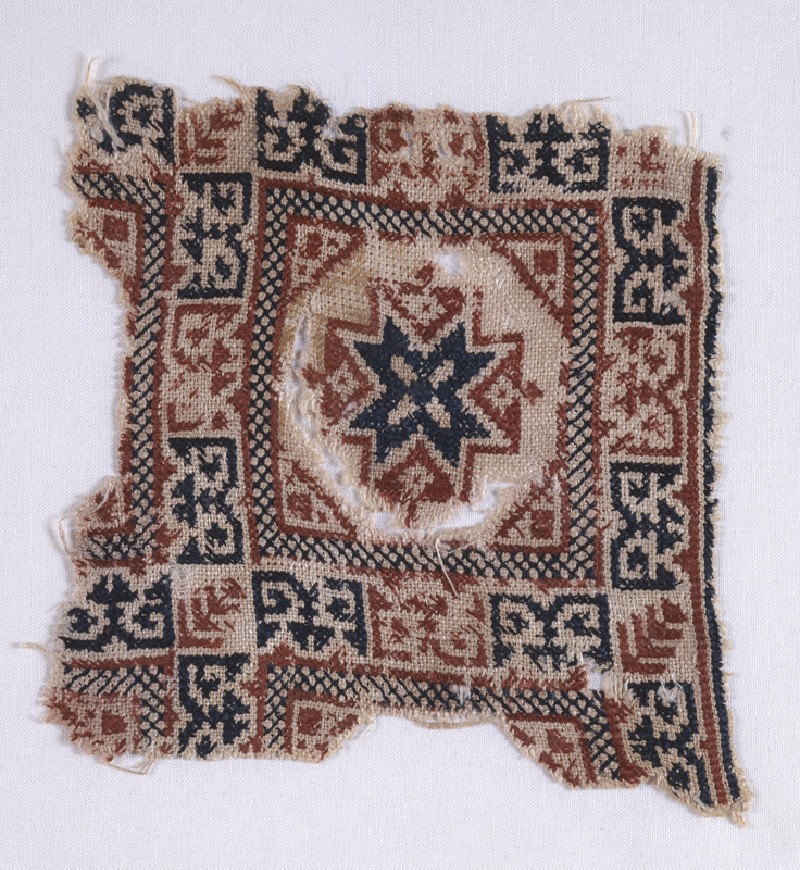