Textile fragment with bands of inverted hooks, flowers, and triangles 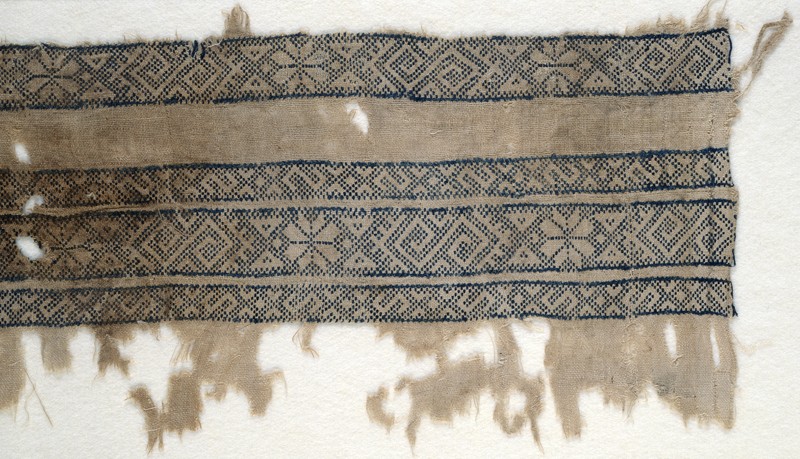