Textile fragment with interlace based on naskhi script, rosettes, and floral pattern 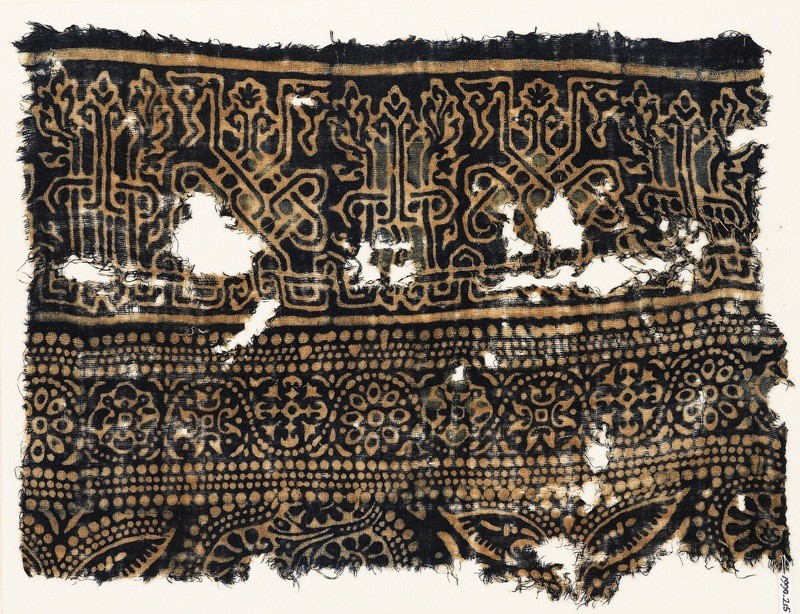