Tab with cartouche and stylized plant 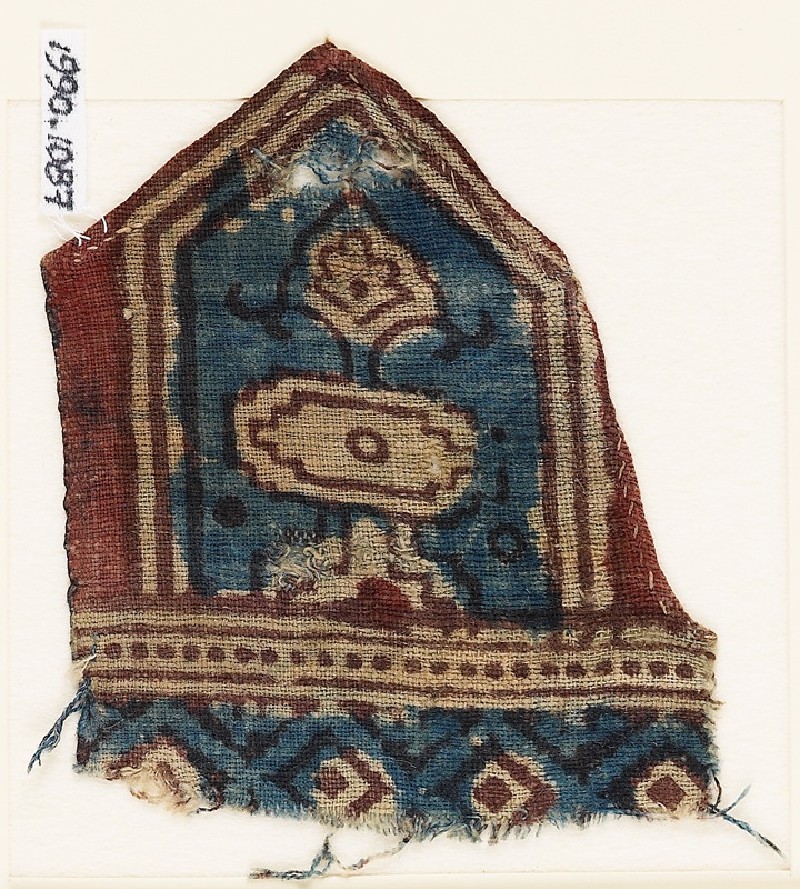