Textile fragment with flowers and trefoils 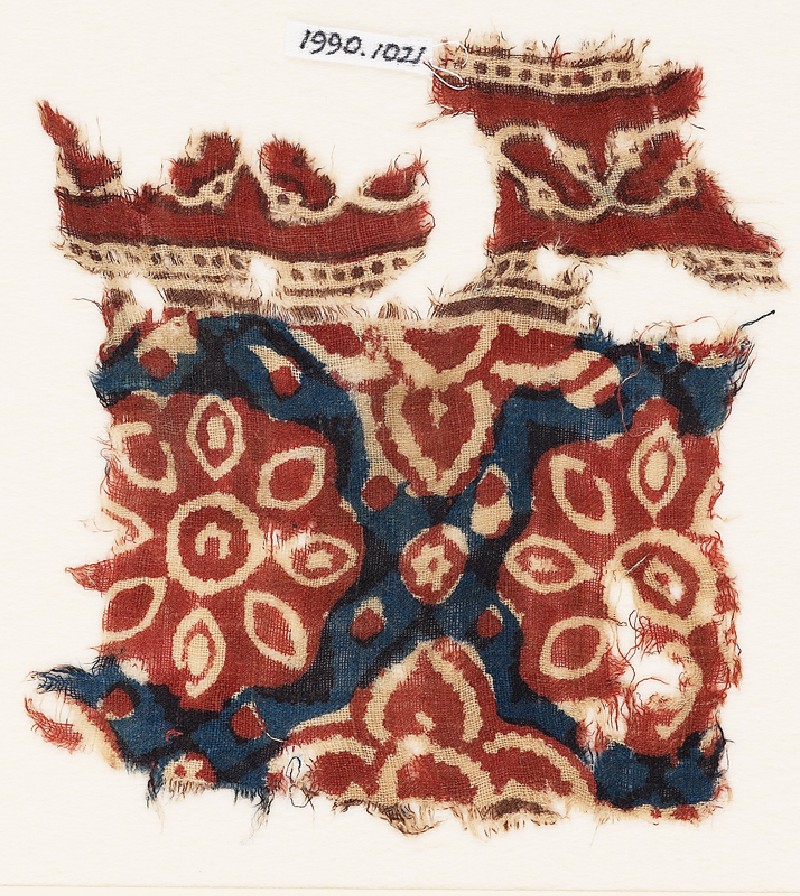