Textile fragment with inscription, rosettes, and stylized trees and palmettes 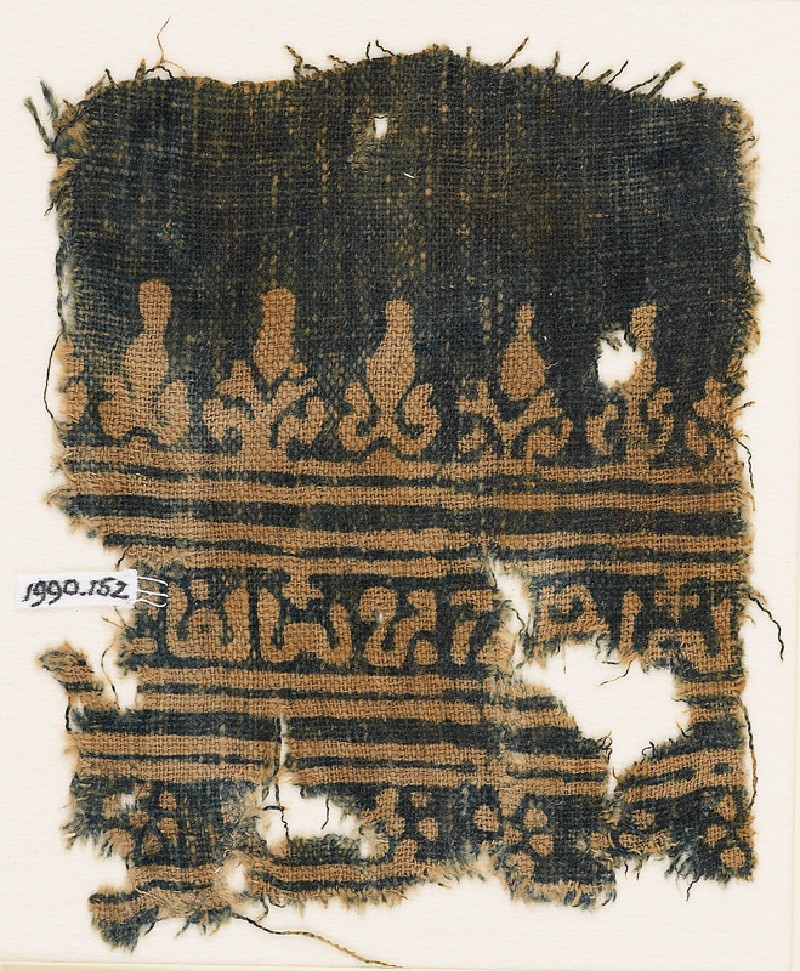