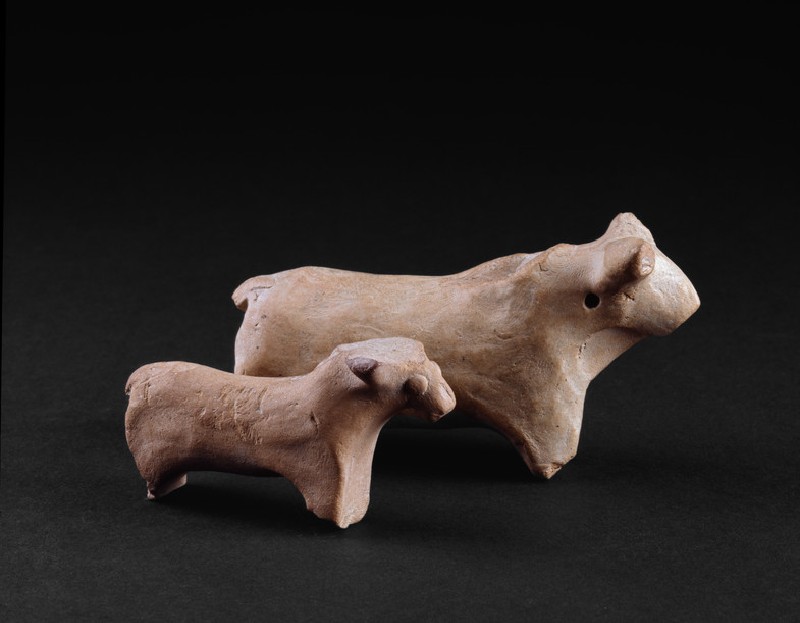 This animal has holes drilled at the neck, suggesting it was fitted to a model cart.