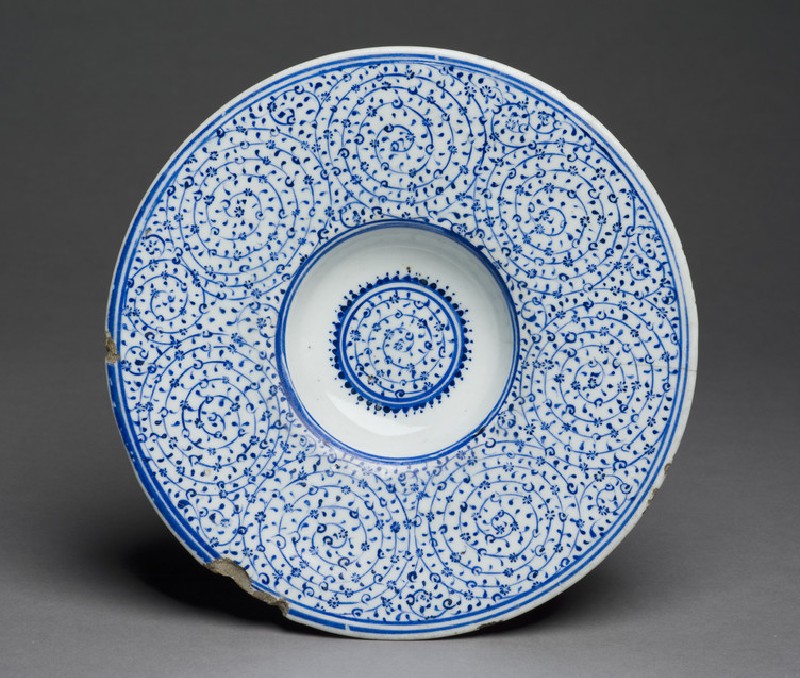 This dish is a good example of the cross-cultural exchange that occurred between Europe and the Islamic world during the early modern period. Dishes in this shape - known as tondino have a broad, flat rim and small, bowl-shaped center, and were a popular form in 16th century Italian maiolica production. The decorative style on this dish, however, is typical of Ottoman ornamentation from the first half of the 16th century. Characterized by leafy spirals painted in cobalt blue, this style is known as ‘Golden Horn’, a reference to numerous fragments with similar patterns found on the southern shore of the Golden Horn, the inlet dividing Istanbul.