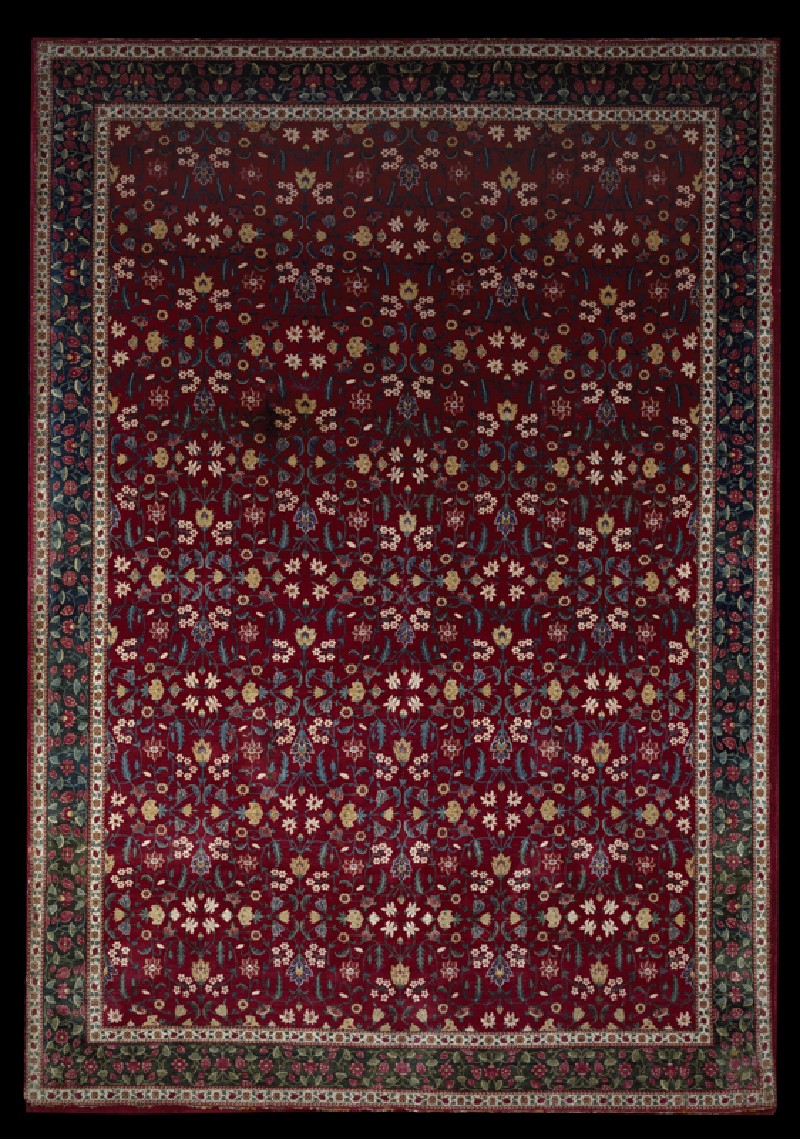 The art of the knotted wool carpet is not indigenous to India, where the climate discouraged the use of any but the lightest cotton floor-coverings. Carpet-weaving, which had developed among the nomadic peoples of Central Asia and Iran, was introduced to India by the early Mughals, who swept down through the Khyber Pass in 1526. They established an empire that lasted until the removal of the last Mughal emperor by the British in 1858.

The pile of this very finely knotted millefleur carpet is goat hair, taken from the underside of the throat and neck, which accounts for the particularly fine, silk-like texture. In its main field, floral sprays, blossoms, leaves, and palmettes are connected by scrolling vines in a repeating pattern. The border reveals a more typically Indian inspiration with a scrolling pattern of lotus buds and flowers. The lotus is used throughout Indian art, both as a decorative element as in this case, and as a symbol of the energy of nature, of purity and (in Hindu-Buddhist contexts) the realisation of Enlightenment.

Millefleur (‘thousand-flower’) carpets are so called because their exclusively floral patterns incorporate a profusion of tiny blossom clusters. This style developed in Mughal floral design from Eastern decorative influence, together with a tendency towards smaller, more intricate ornamental elements.