Textile fragment with hearts or leaves 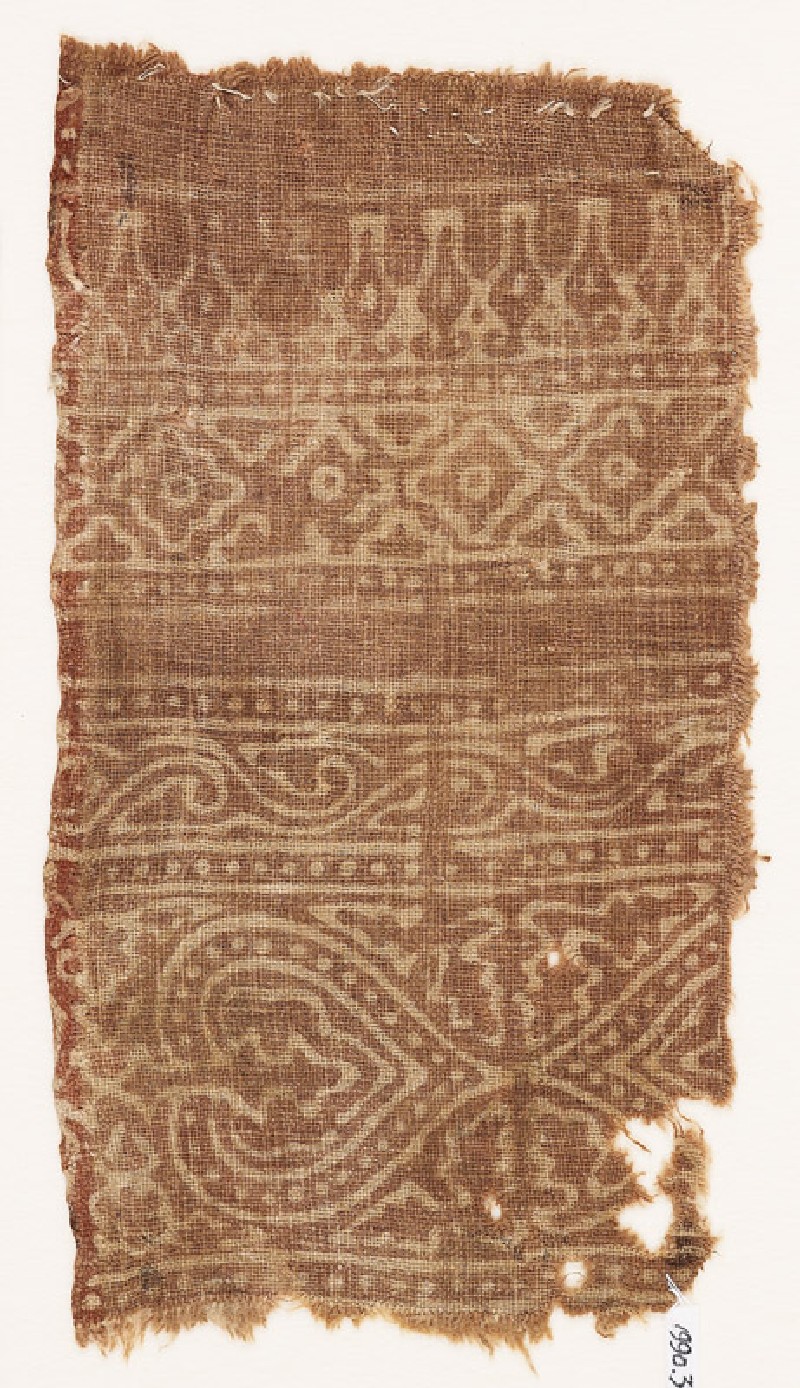