Textile fragment with rosettes and crosses 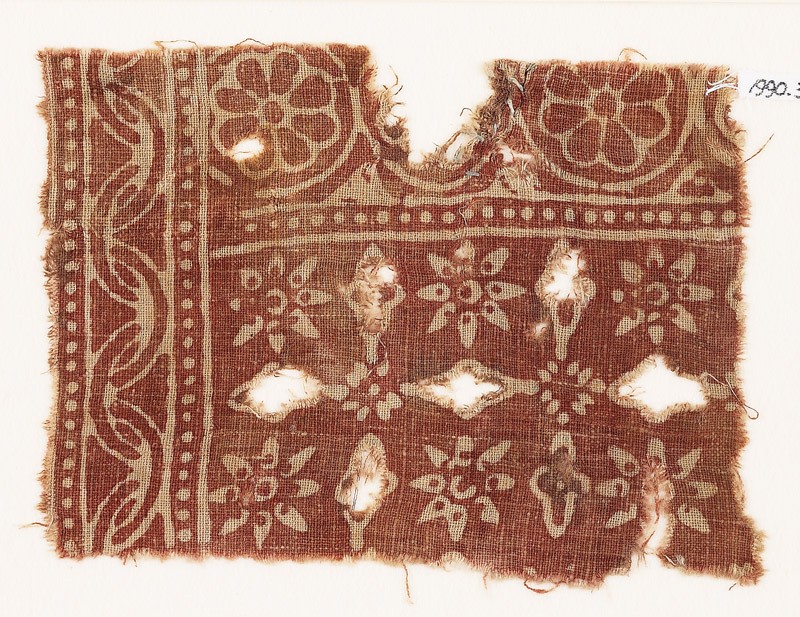