Textile fragment with bands of leaves and lozenges 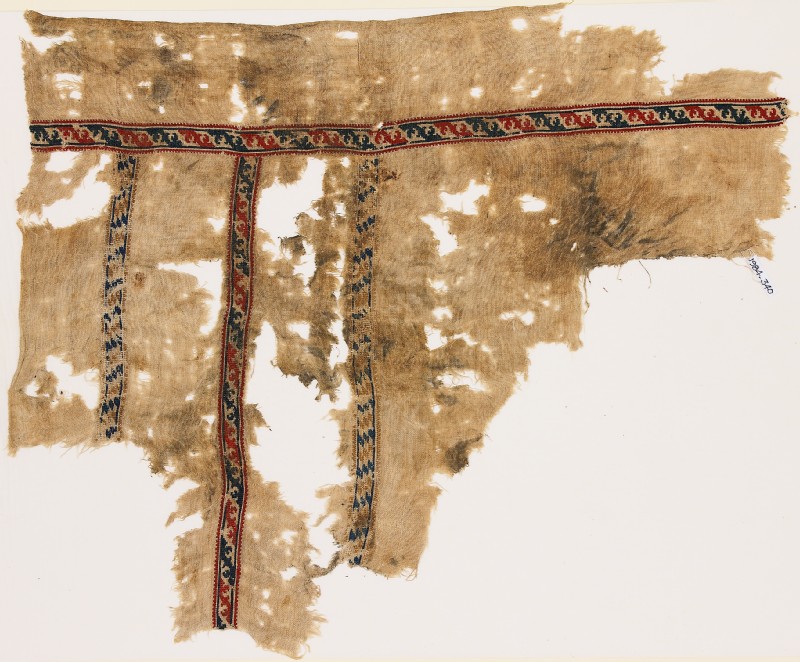