The End of War 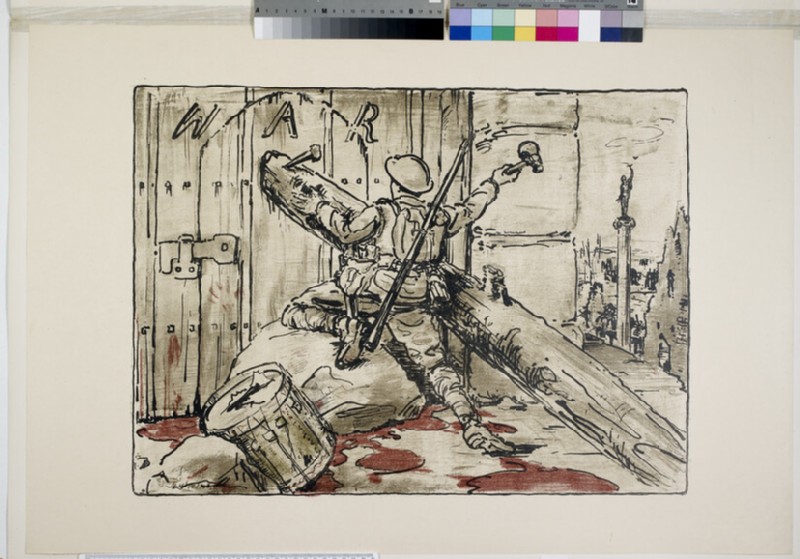 This symbolic representation from the 'Ideals' series of Efforts and Ideals, expresses a yearning for an end to conflict, as a young soldier angrily hammers shut the doors of war with an oversized nail, treading in the pools of blood spilt by his fallen comrades. His gun and the diagonal of the tree trunk form a large cross at the centre of the composition, while his torn marching drum lies abandoned to the left. The triumphal column in the distance to the right, rising above the ruins, seems to be topped by a statue of Victory, in an echo of imperial Rome. Doves of peace appear to be descending onto the figure's outstretched hand.