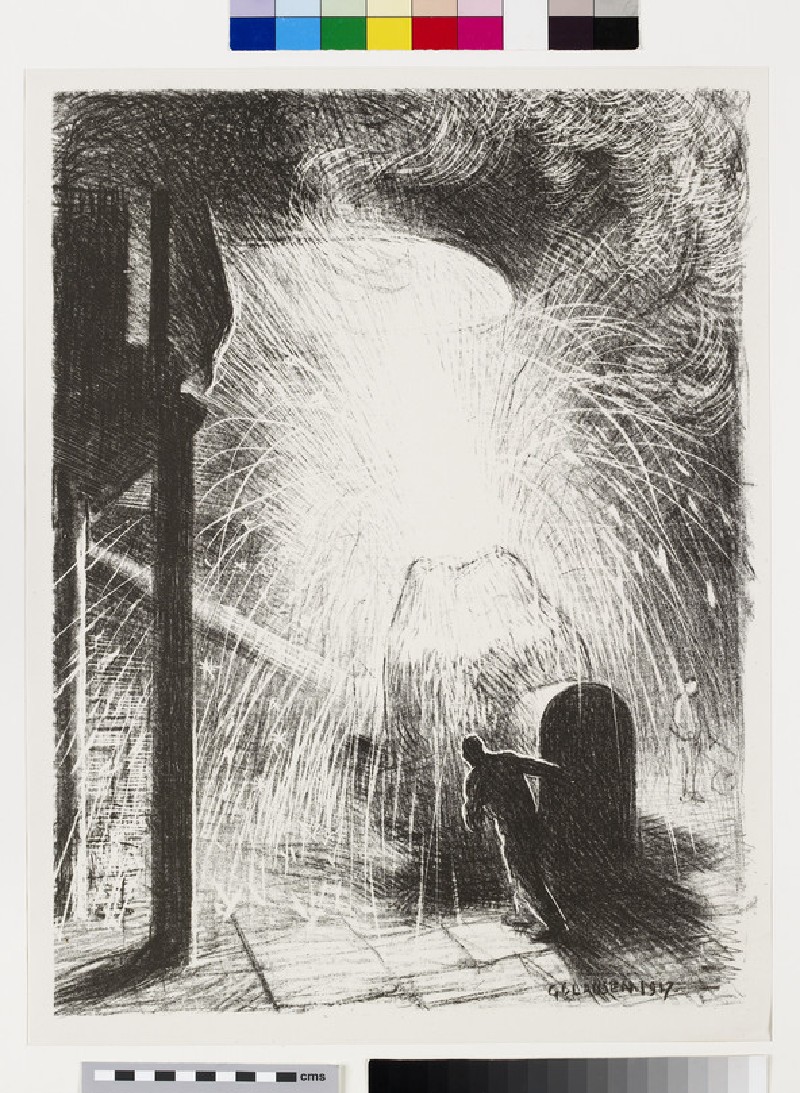 George Clausen (1852–1944) supplied a series of six images on the theme of 'Making Guns', showing the efforts that lay behind production of the heavy weaponry of World War One – the large guns we see in Brangwyn's lithographs, for example. As with Nevinson's Acetylene Welders, Clausen makes dramatic use of the light thrown by fiery sparks and molten metal, as a silhouetted figure approaches the blast furnace. By the time he was commissioned to produce these works, Clausen was already well-established as a founder of the New English Art Club and Professor of Painting at the Royal Academy. He was appointed an official war artist in 1917, but was not required to serve abroad owing to his age. Clausen also produced a colour lithograph for the set of twelve 'Ideals', entitled The Reconstruction of Belgium (WA1919.31.2).