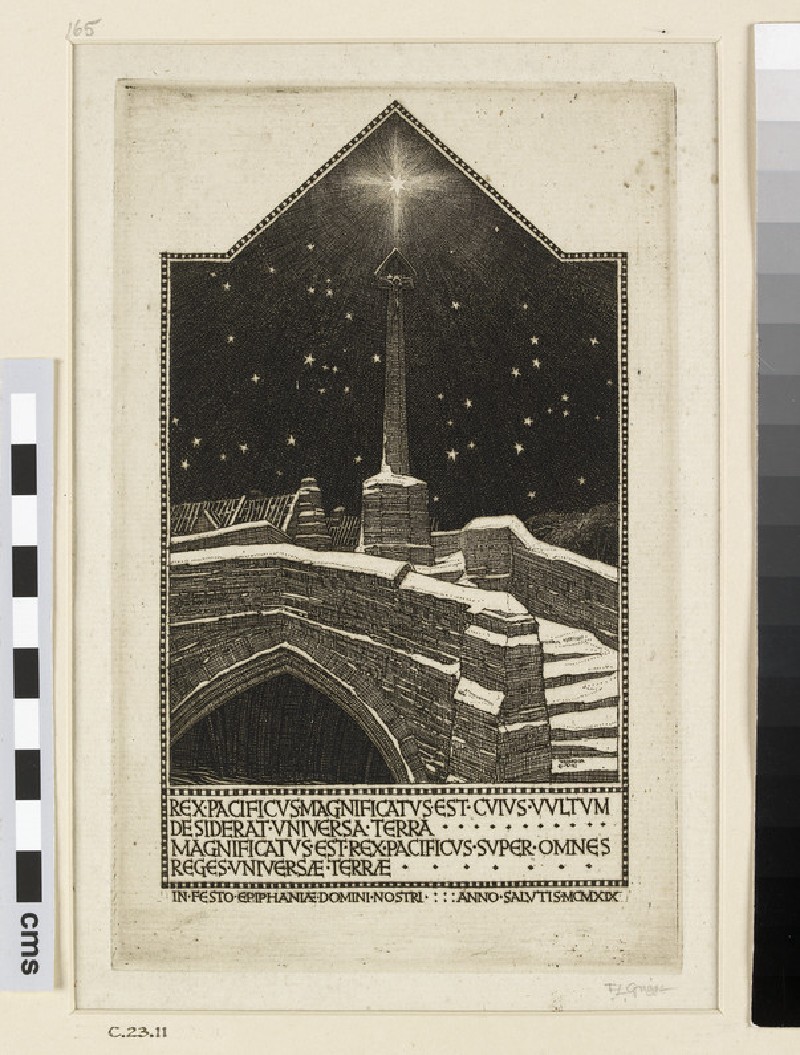 Griggs began work on Epiphany in November 1918, originally intending it as a Christmas gift to his family and friends to celebrate the end of the First World War. The inscription is the first and second antiphons (a short sentence sung or recited before or after a hymn) of the first Vespers of Christmas in the Roman Catholic Breviary, celebrating Christ as the King of Peace.

The roofless houses symbolise the devastation of the First World War as well as the possibility of renewal. The three-way bridge was inspired by the Trinity Bridge at Crowland, while the crucifix resembles Griggs’s design of 1919 for the Chipping Campden war memorial. This would later bear the name of his son, John, killed at the Battle of Anzio in 1944.