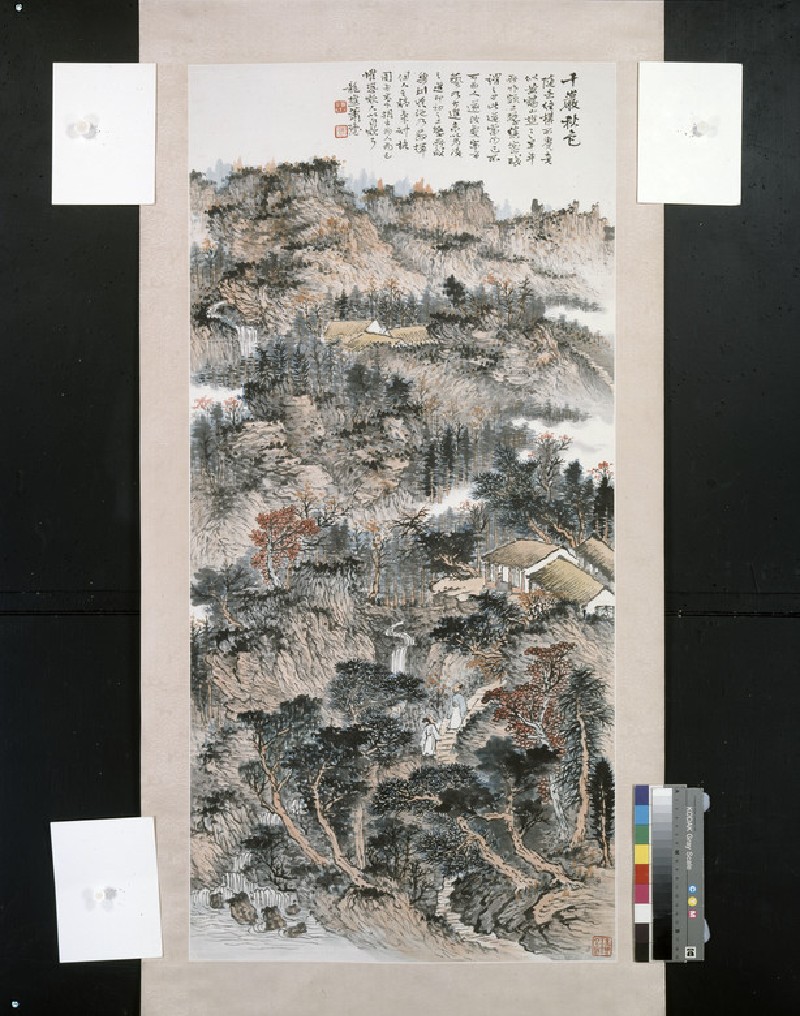 Xiao Sun was from Huaining in Anhui province, where he first learnt to paint with Jian Yun (1847-1919). In the inscription on this painting, the artist describes: ‘[I] casually composed [this painting], and unexpectedly it looks like [the works of] Huanghe shanqiao [aka Wang Meng (1301-1385)]. His early works were tidy and rigid. Someone told him “painting should be for yourself, not for others”. After that, [he] changed his attitude, and his art is much improved. In my opinion, his later achievement is a consequence of his early rigidness; when his spirit comes and comes to the pond [to paint], he brings out his personal characteristics and style, and undoubtedly shows the quality. Saying something like ‘for others or for yourself’ is to make others believe [his reason of changing], which he first makes himself believe’.