A scene from The Pillow Book, depicting Sei Shōnagon unrolling a blind 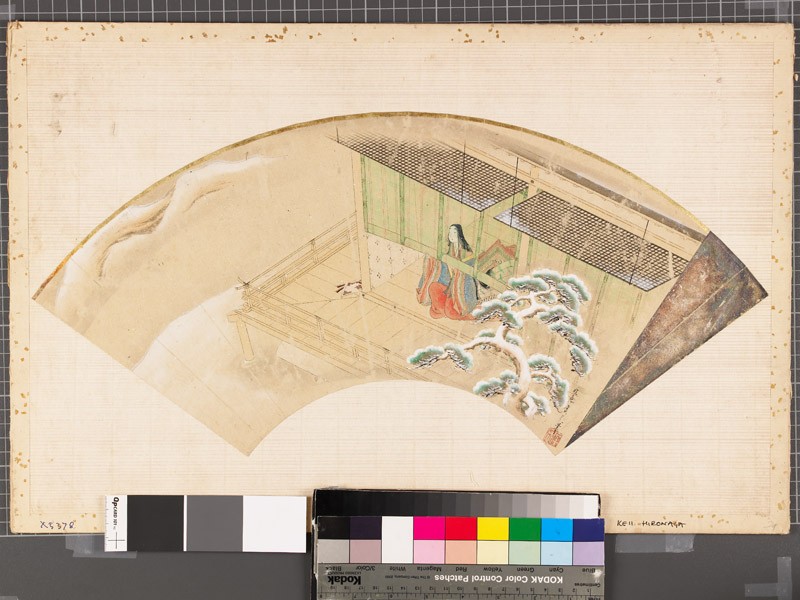