Mountain landscape with figures by a river 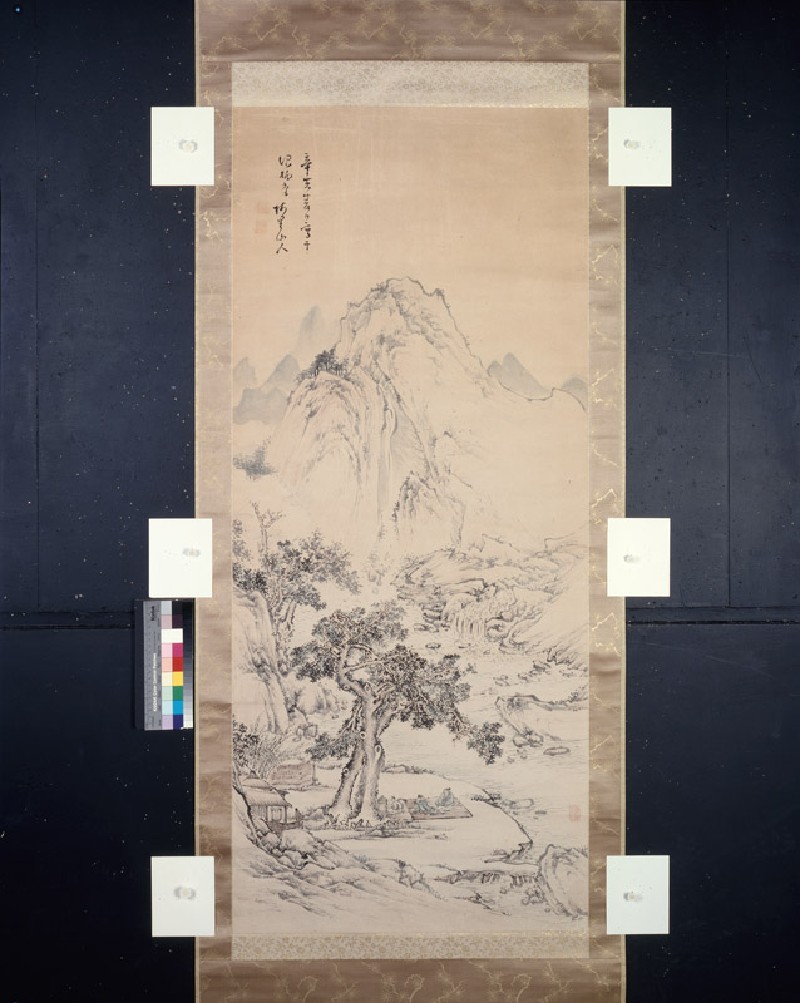