Baluster vase with chrysanthemums and a butterfly 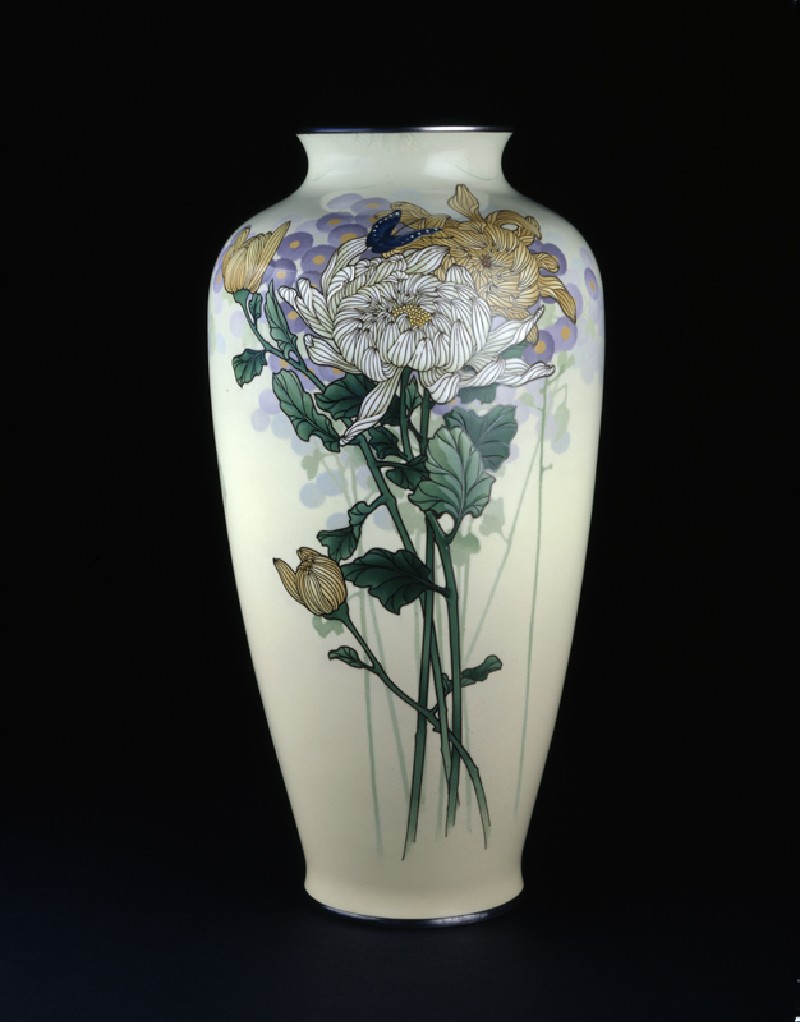