Tsuba with heraldic crest of the Shinjō family 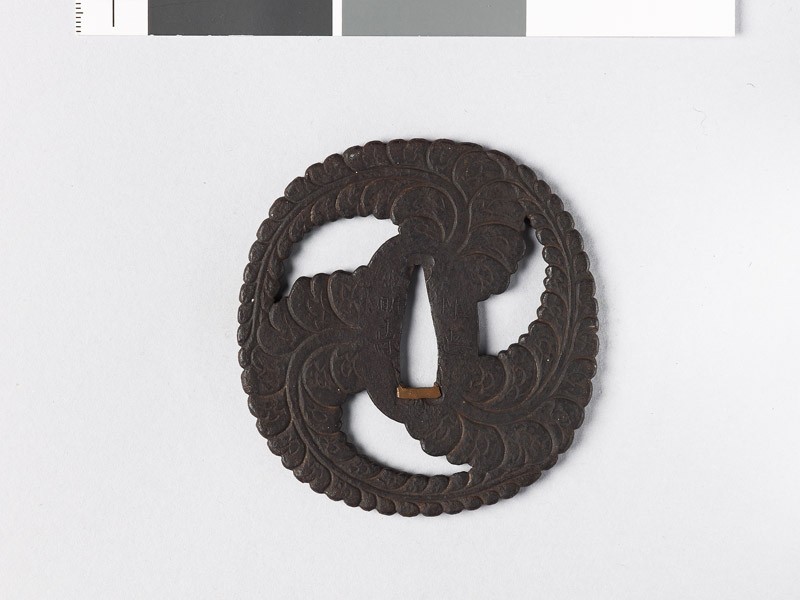