Vase with narcissi and a wagtail 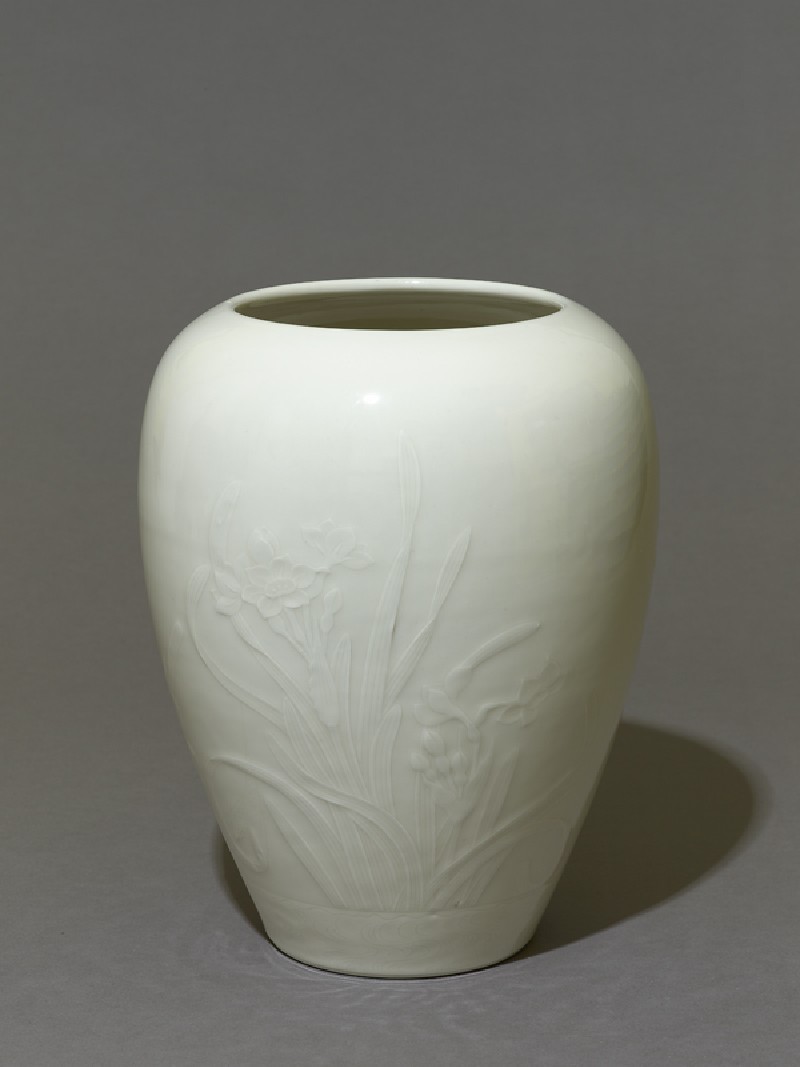