Bowl with vegetal and epigraphic decoration 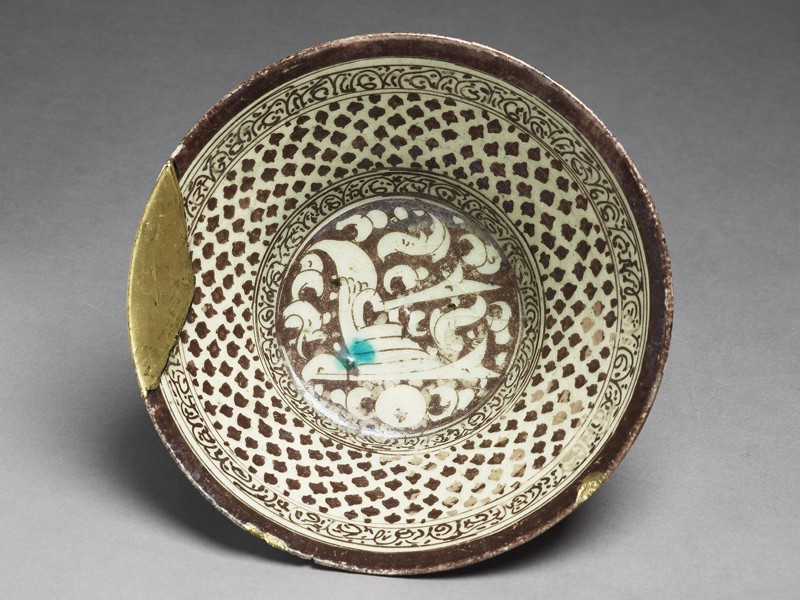 The significance of medieval ceramic production in Syria is not yet fully understood. The production of lustrewares, however, is amongst the most widely documented in the region, and the decorative glaze effects display a distinctive style when compared to Egypt or Syria. This bowl’s decoration of a single, central epigraphic motif, placed against rich foliage is found in several examples attributed to the two most prominent Syrian centres, Raqqa and Tell Minis.