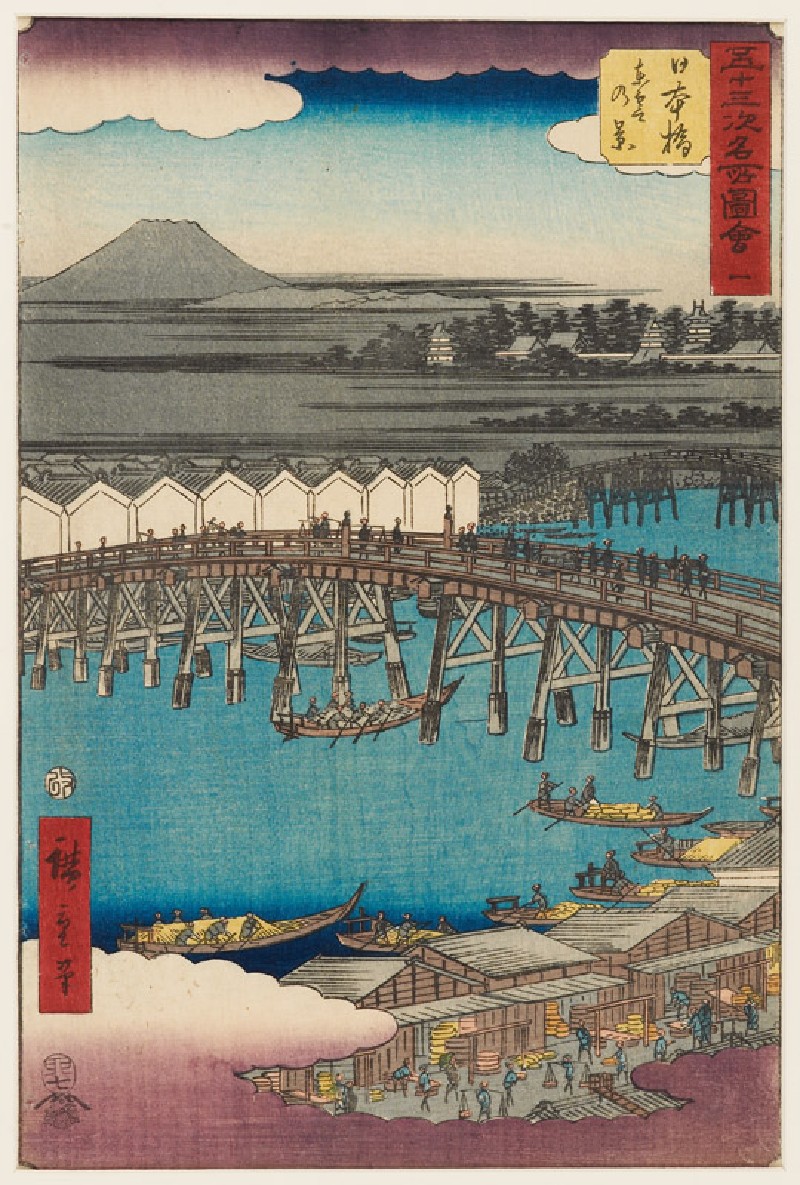 Hiroshige’s Tōkaidō series of 1855 is known as the ‘Vertical’ Tōkaidō because of its upright format. This view of Nihonbashi, the ‘Bridge of Japan’, is the first in the series. The bridge was the starting point of the Tōkaidō. Behind the bridge to the right is Edo Castle, home of the ruling Tokugawa shoguns. It is depicted as a powerful presence overseeing the city. On the river below fishing boats make their way to the busy market in the foreground.