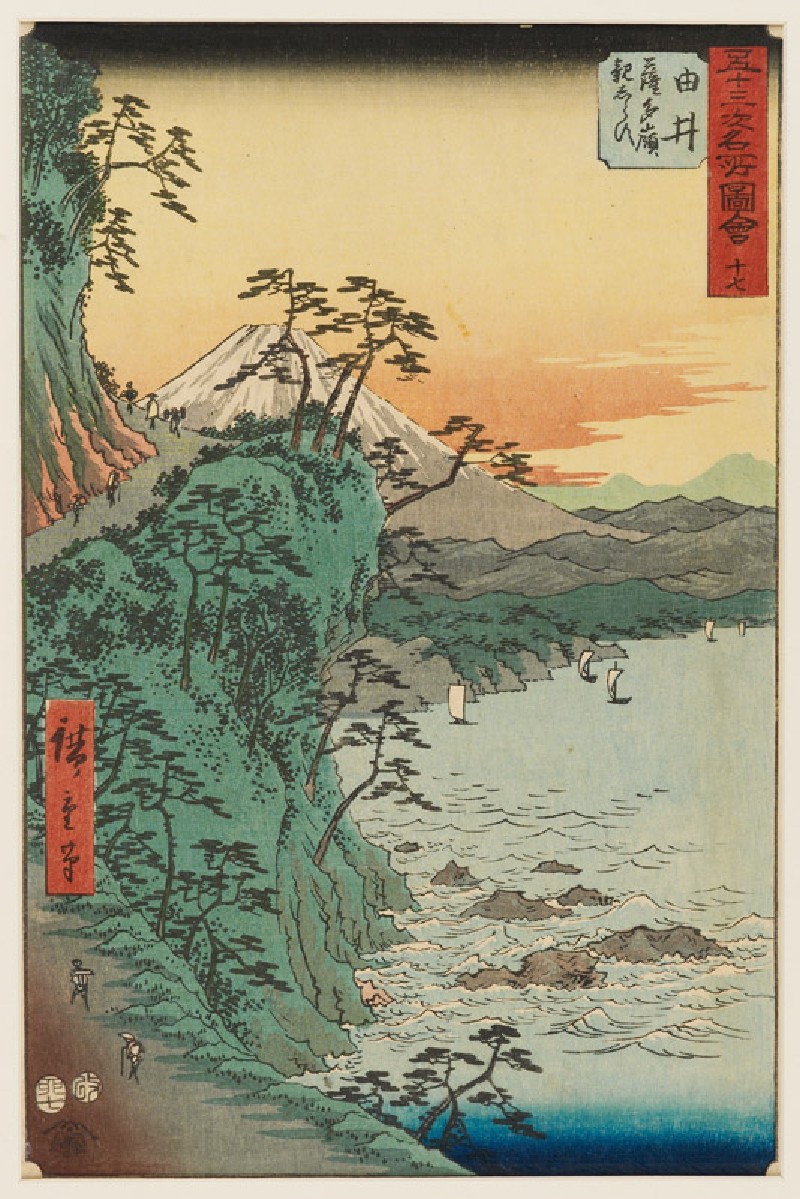 Hiroshige depicted the rocky and dangerous coastline at Satta several times. Satta was well known for its spectacular views of Mount Fuji. Until 1655, when a pass was made through the mountains, the road led directly along the shore at this point, and could only be crossed at low tide. Here travellers trudge up the steep slope of the pass, seemingly oblivious of the view and the dramatic sunset.