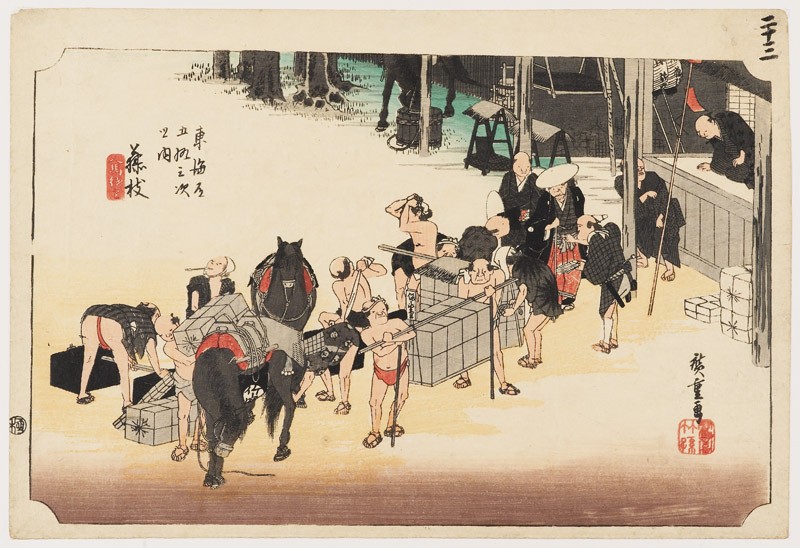 Porters load and unload horses as they prepare for the next stage of their journey. Most travellers walked along the Tōkaidō, but at each station porters, palanquins, bearers and horses could be hired to transport people or baggage. While most of the prints in the series combined landscape and figures, Hiroshige varied the emphasis of his views widely: in some prints the scenery dominated, in others people and landscape were given equal weight; here the focus is entirely on human activity.