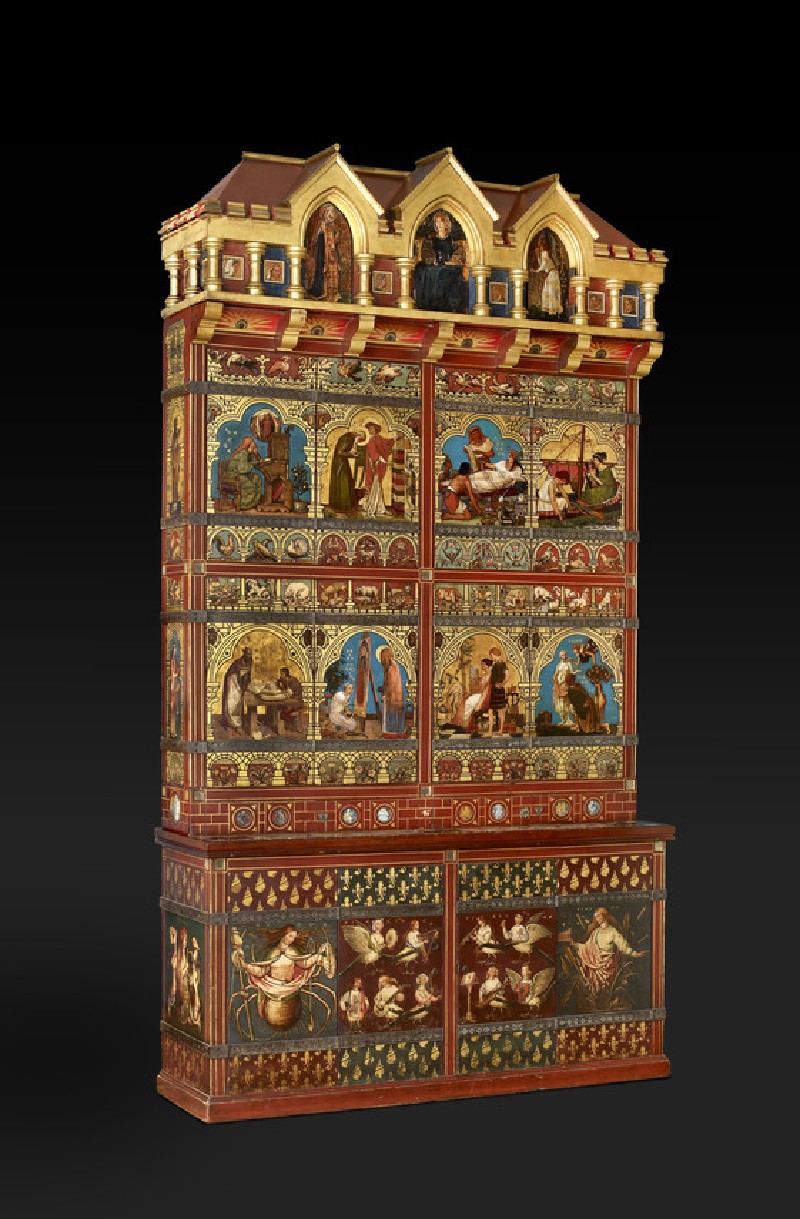 Enormous, elaborate and highly decorated, the Great Bookcase was made to hold art books in the London office of William Burges (1827–81), the eminent Victorian architect and designer. Work on it began around 1859 and was completed by 1862, when it was included in the Medieval Court at the International Exhibition in London. Although the design was based on surviving medieval furniture, the bookcase remains a purely 19th-century creation.

The decoration is divided into Christian themes on the left side of the cabinet and pagan themes on the right side. The large number of artists who worked on the Great Bookcase was unprecedented. Although the paintings are of the highest quality, the cabinet-making evidently was not: the bookcase collapsed in 1878 and had to be substantially rebuilt. Despite acknowledging that the bookcase was ‘not acceptable to present day taste’, Kenneth Clark, then Keeper of the Western Art Department, purchased it for the Ashmolean in 1933.

Penny, Nicholas, Catalogue of European Sculpture in the Ashmolean Museum: 1540 to the Present Day, 3 vols (Oxford: Clarendon Press, 1992), no. 78