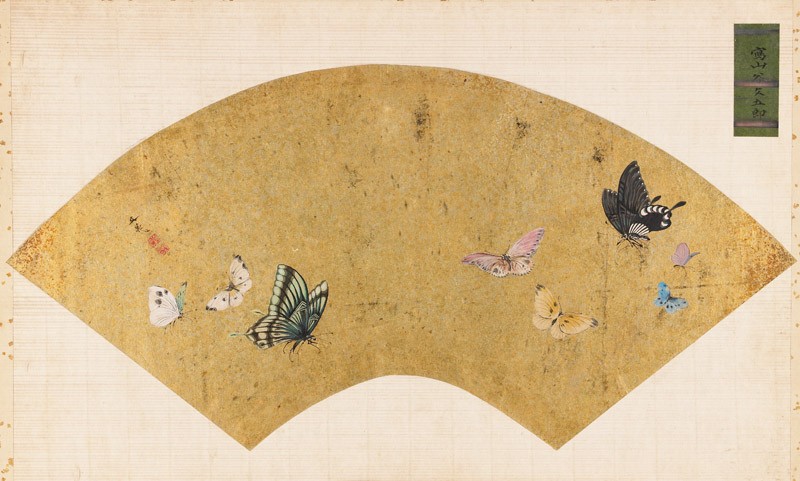 Tani Bunchō was renowned as an artist and teacher of painting in the Nanga style characterized by idealized Chinese-style landscapes. Although he was the most influential Nanga artist at the time, he explored and practised other painting styles. The butterflies on this fan are meticulously observed but not painted as scientific specimens. Instead, Bunchō has created his own combinations of markings and colour and set the butterflies against a purely decorative metallic background.